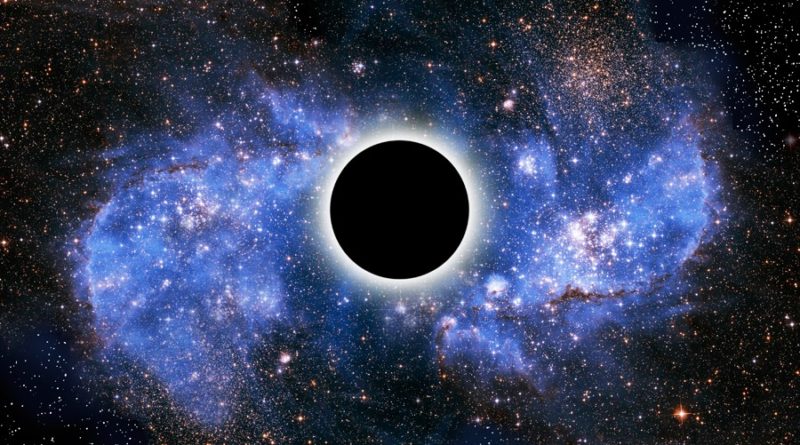 As mentioned in the previous article, that after the celestial object passes the horizon event it will be destroyed and joined together and added to the total mass of the black hole, after that in the center of the black hole, as explained by the general theory of relativity, there is a possibility of gravitational singularity, a region where the curvature of spacetime becomes infinite. For black holes that do not rotate, this region forms a single point while for the rotating black hole, it undergoes a process of spreading to form a ring singularity located in the plane of rotation. In both cases, the singular region has zero volume. It can also be shown that the singular region contains all the masses of the black hole object. Thus, the singular area can be considered to have unlimited density.

What can avoid Singularity?

Observer satellites that fall into Schwarzschild black holes (not rotating and not charged) cannot avoid singularities. Once they cross the event horizon and when the object reaches the singularity. It’s then crushed to the smallest splinter so that the mass of the object is added to the total black hole. Before that happens, the object will be destroyed by tidal forces that grow in a process called spagetification.

In the case of charged (Reissner-Nordström) or spinning (Kerr). It’s possible to avoid greater singularities. Extending this substance as far as possible and revealing the hypothetical possibility to get out of the black hole into different spacetime. In the black hole itself acting as a wormhole. However, the possibility of traveling to another universe is only a theory. Even the slightest interference will destroy this possibility. It also seems possible to follow a closed time-like curve (returning to one’s past) around the Kerr singularity. It leads to problems with causality such as paradoxical theories. It’s hoped that none of these strange effects will survive in the right quantum to rotate and fill the black hole.

The emergence of singularities in the general theory of general relativity is regarded as a signal of the destruction of theory. These details, however, are expected to occur in situations where quantum effects must describe this action. The density is very high and because of particle interactions. Until now, it was not yet possible to combine quantum and gravitational effects into a single theory. Even though there was an attempt to form such a theory of quantum gravity. It is generally expected that such a theory will not display a singularity.