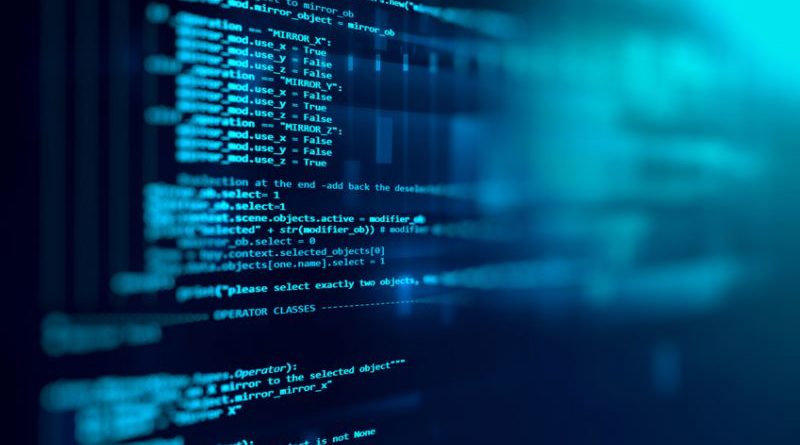 Some research carried out to determine application design and web service application capabilities that are built using the Java programming language with the Spring Framework. Especially if combined with MyBatis Framework coupled with additional capabilities of other technologies namely as the cache data layer contained in it. Some research tested the Spring framework web service uses custom script code that is done repeatedly with a certain time span.

The Spring Framework was one of the first frameworks used in making web applications. It is in the Java platform environment in the early 2000s. Over time, other frameworks emerged and offered various advantages. At the level of popularity of Spring Framework still persisted and still used until now. It is known from info graphics that illustrate the level of interest of java programmers in the world popular framework between 2004 and 2018. 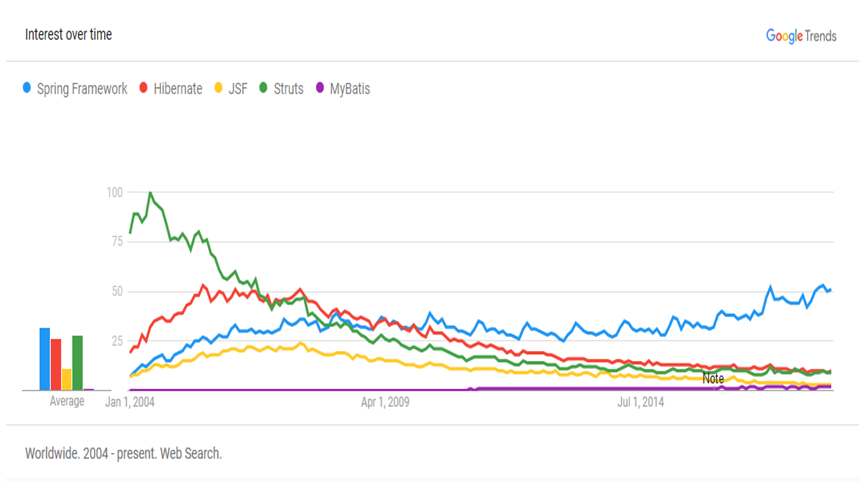 From the picture above it can be seen that some frameworks are quite popular. And it used by programmers to be implemented in the work they do are including Spring Framework, Hibernate, JSF, Struts and MyBatis. These framework are the most popular among other existing frameworks and is used by java programmers. 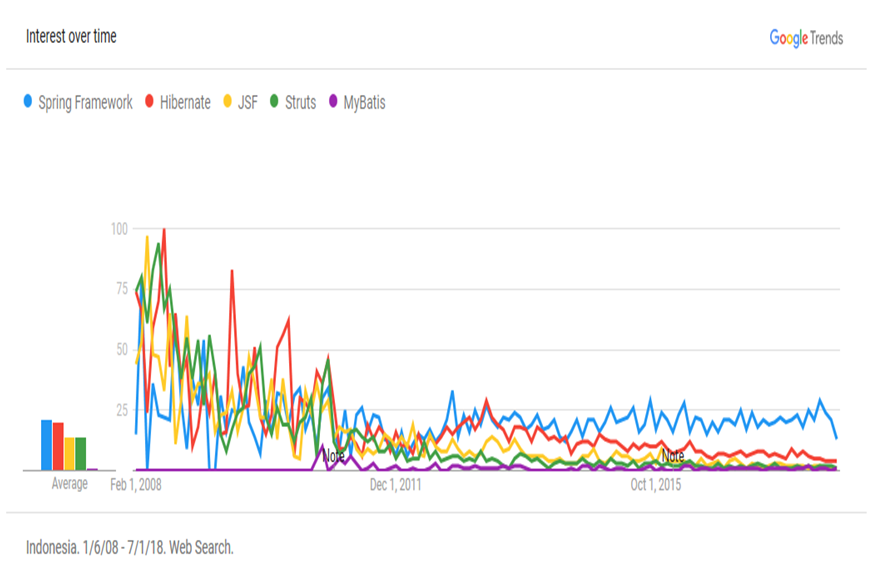 Meanwhile in the picture above. It looks like enthusiasts of Java programmers in Indonesia to several frameworks by between period 2008 to 2010 are still fluctuating. This indicates that the framework used in application workspace is still in the trial and error phase. But in the other fact after 2011 it began to see a significant trend that programmers have found comfort. And also the benefits of each of these popular frameworks.

Whereas in implementing the use of Spring Framework in developing java-based applications. It’s often combined with other frameworks such as including. Java Database Connection (JDBC), Object Relational Mapping with the Hibernate Framework. Java Query Expose Connection with the MyBatis Framework. As well as the use of a cache engine that has a functions to optimize data access to the database. It has aim of increasing the speed of application data access.

There are several tests conducted by several researchers who are expected to know the reliability of each specimen. When it must face performance tests using load looping, is it strong or weak? So that it is expected to be a source of reference in making decisions when having to choose the Spring Framework collaboration that is applied in developing Java-based applications.