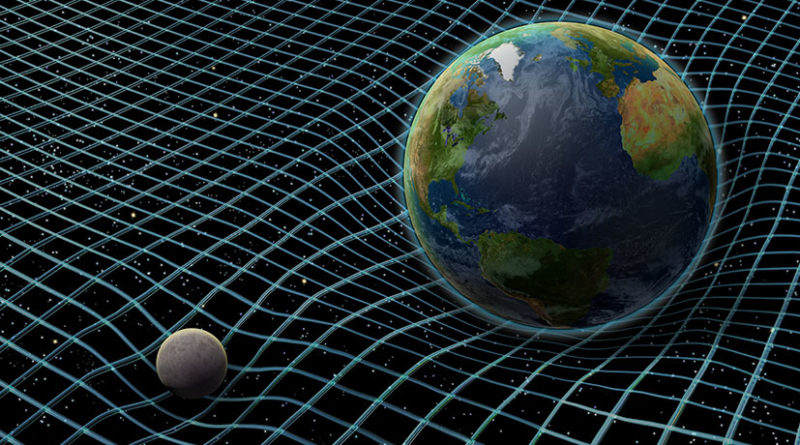 The theory transformed theoretical physics and astronomy during the 20th century. Superseding a 200-year-old theory of mechanics created primarily by Isaac Newton. It introduced concepts including spacetime as a unified entity of space and time> Relativity of simultaneity, kinematic and gravitational time dilation, and length contraction. In the field of physics. Relativity improved the science of elementary particles and their fundamental interactions, along with ushering in the nuclear age. With relativity, cosmology and astrophysics predicted extraordinary astronomical phenomena such as neutron stars, black holes, and gravitational waves.

The resultant theory copes with experiment better than classical mechanics. For instance, postulate 2 explains the results of the Michelson–Morley experiment. Moreover, the theory has many surprising and counter intuitive consequences. Some of these are:

In physics, spacetime is any mathematical model which fuses the three dimensions of space and one dimension of time. There into a single four dimensional manifold. Spacetime diagrams can be used to visualize relativistic effects. Such as why different observers perceive where and when events occur differently.

The underline matter that we must known for humanbeing that is different between rubh and god, and possible for them to bend the space and time like a distcret room or a serial number.

The logical consequence of taking these postulates together is the inseparable joining together of the four dimensions. To assumed as independent of space and time. Many counter intuitive consequences emerge. In addition to being independent of motion the light source, the speed of light is constant magnitude regardless the frame of reference in which it is measured. The distances and even temporal ordering pairs of events change when measured in different inertial frames of reference (this is the relativity of simultaneity); and the linear additivity of velocities no longer holds true.