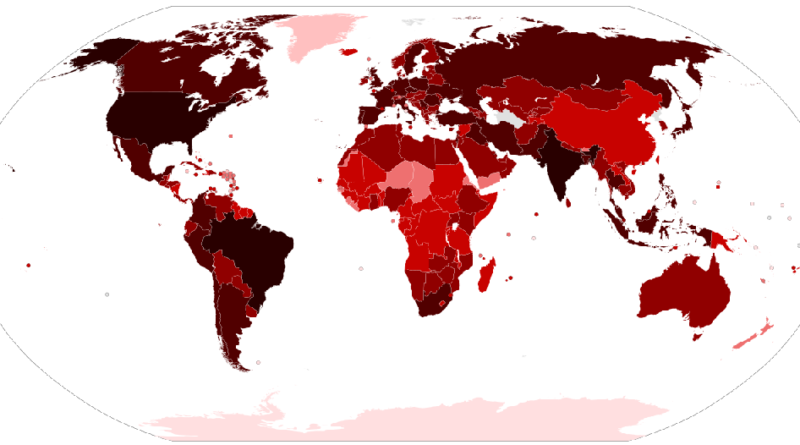 If you read history and compare them between Spanish Flu with Covid 19, in 1918 there was the deadliest global pandemic in history. Namely the Spanish Flu, At that time it had infected 500 million people worldwide. An estimated one third of the entire population on planet Earth, with the death toll reaching 20 million to 50 million. This pandemic was first observed in Europe and parts of Asia and then spread to the rest of the world. At that time there was no vaccine to cure the virus strain. The people were only asked to wear masks when doing activities outside the house.

The way the flu virus works is by attacking the human respiratory system with a high rate of transmission. Through coughing, sneezing and talking. The transmission medium uses droplets from the respiratory system that float in the air. Itcan be inhaled by people who are close to the sufferer. Another way of transmission is through objects that have been touched by the patient and then touched by another person. Then the person’s hands will become a medium of spread that will touch the eyes, nose and mouth.

If we look at the history of Covid-19 transmission that originated in the city of Wuhan in China in December 2019 and several surrounding cities which resulted in a lockdown in that city and several surrounding cities. Then it quickly spread throughout China and the rest of the world in other word it began to pandemic slowly. Therefore WHO began declaring a pandemic on March 11, 2020. Several variants emerged in several parts of the world and became dominant in certain countries, with the Alpha, Beta and Delta variants. Above all some of which were highly contagious and deadly, Therefore by October 18, 2021, in addition 240 million cases had been found and 4.89 million confirmed deaths. This makes Covid 19 one of the deadliest global pandemic in world history. Is there a correlation between the Spanish flu pandemic and covid 19?

Let people find their own information?