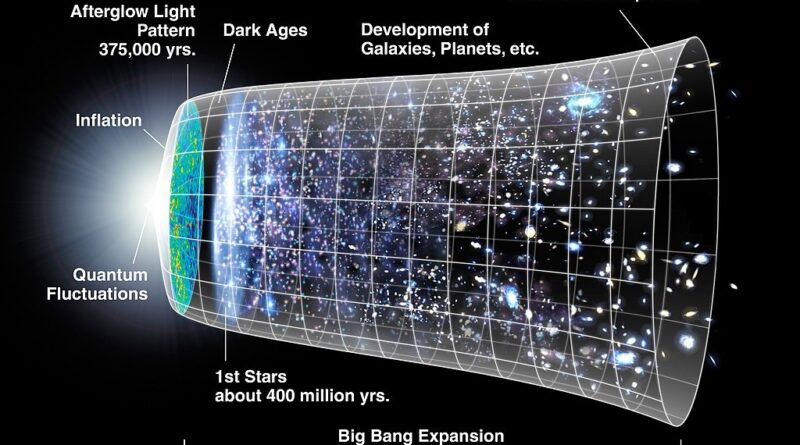 If you look at the development of humans in understanding the universe, we may have known the opinion of Copernicus and Galileo who stated that the planet Earth is the center of the universe (they both lived in the 15th century). If we look back far back around 300 BC, ancient Greek scientists such as Plato and Aristotle until the Hellenistic era around 31 BC still thought that the earth was flat like a disc, even in China until the 17th century they still thought the earth was flat.

Meanwhile, according to the Big Bang theory; The universe was formed approximately 13.77 billion years ago, this is based on observations of cosmo microwave radiation, the large-scale structure of the universe, shifts in the frequency of light and the occurrence of supernova explosions from each star in each galaxy. According to cosmology, the cosmic microwave radiation is thermal that fills the universe down to the smallest observable space in an almost uniform pattern.

Then the large scale of the universe is the pattern of galaxies and matter on a much larger scale than individual galaxies or groups of galaxies and is the skeletal structure of it. The shift in the frequency of light is a symptom that is observed to be lower than that which occurs later. This is common when the source moves away from the observer, such as the Doppler effect.

How can the things mentioned above happen in it, does it happen by itself or is there something that regulates it? Is there a divine intelligence in each of these occurrences or is there a communal intelligence of the noble substances scattered throughout the universe? Lets our consciousness reflective about all unwritten message from it.